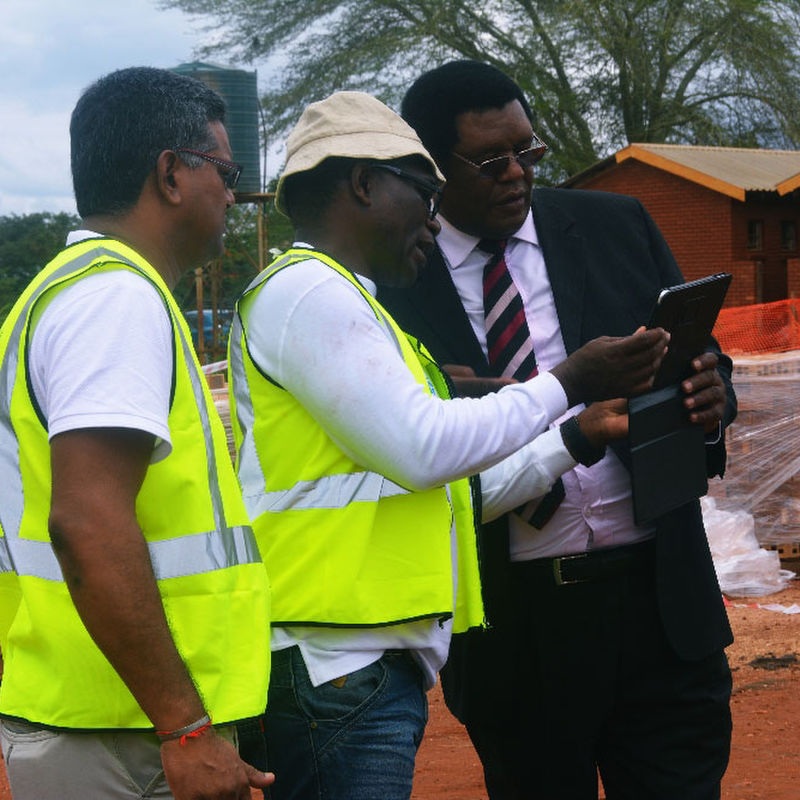 About the Mvula Trust

The Mvula Trust was established in 1993 and specializes in community project management of new public infrastructure, the community management of public facilities, while supporting local government authorities in creating an enabling environment for sustainability.

The Mvula Trust was established in 1993, six months before the first democratic elections ended the apartheid era in South Africa. At that time, rural and peri-urban people were suffering particular deprivation due to a severe drought, worsened in the case of drinking water supply by the collapse of the former ‘homeland’ administrations that were responsible for maintaining rural water supply infrastructure. There was an urgent need to address the situation, at least until the new government could set up an inclusive rural water supply and sanitation programme.

The Trust was initially conceived as a four year project, whose future would depend on its performance in the early years and on anticipated future needs. The aim was to alleviate the critical situation in the 1990s by setting up a fast and effective mechanism for funding community-driven water and sanitation projects. It drew its approach from international NGO practice (such as focusing on the poor, on people-centred development, on appropriate technologies, on being mission-driven rather than profit-oriented, and on process as much as product) adapted to the particular environment in South Africa.

The Mvula Trust’s founders were the Independent Development Trust, The Kagiso Trust and the Development Bank of Southern Africa. From the outset the Trust was a non-governmental organisation managed by an independent board, building on the initiatives of a number of individuals active in the Standing Committee on Water and Sanitation (SCOWSAS), a visionary civil society initiative which functioned in the transition period from apartheid to democracy. The Mvula Trust’s founding Board of Trustees consisted mainly of representatives of its first three funders, rural development activists and sector professionals.

During the democratic transition period, the Mvula Trust was able to play a critical advocacy and policy development role in support of the new government. At the outset, therefore, the intended relationship between the Trust and the new government was defined as one of co-operation and constructive engagement. This was particularly significant at the time, since there was a strong tradition of NGOs in the apartheid era being anti-government and activist in their orientation. Subsequent events have shown that many of the rural development NGOs that were established during the apartheid regime found it difficult to adopt a different stance towards government after the transition to a democratic era. The Mvula Trust was also unusual amongst South African NGOs in that it was consciously developed as a professional organisation emphasizing efficiency and paying market-related salaries, as distinct from the voluntarist ethic promoted by most NGOs.

Soon after the new government had established the Community Water Supply and Sanitation programme, an agreement was signed between the Mvula Trust and the Department of Water Affairs and Forestry to formalize the relationship between them. This agreement, and subsequent ones, has formed the basis of a co-operative partnership between DWAF (now Department of Water and Sanitation) and Mvula which continues to this day.

As stipulated in the original Trust Deed, an external evaluation of the Mvula Trust was carried out in 1996, which recommended that the organisation be transformed into a permanent one. By that time, the Trust had not only secured funding from DWAF for a growing number of projects, but had also signed agreements with a number of external support agencies, notably the European Union and the Australian and Irish governments to support the rolling out of water provision and sanitationto rural and peri-urban areas around South Africa.

The Mvula Trust has continued to grow to the point where, at its peak, it managed projects with a total annual turnover of close on R1 billion and it has now perfected its Project Management expertise from inception to closure.

The Mvula Trust was established in a time when there was no effective government activity in rural water supply, enabling it to develop and implement its own set of policies and approaches. The national government supported this degree of independence and gave the Trust considerable latitude to pilot approaches within the broad directions of government policy. The Mvula Trust developed an approach to community management and demand responsiveness that, even after considerable modification over the years, has been able to demonstrate applicability and relevance at scale, having completed in excess of 250 water reticulation projects using the Community Based Project Management Approach as well as thousands of sanitation programmes in seven of the nine provinces.

The almost three decades of Mvula’s existence have thrown up many challenges for rural development in South Africa. The steady decentralisation of government powers and functions from 1996 onwards saw local government wrestling with newly mandated roles and responsibilities. Mvula has provided extensive support to municipalities, in close cooperation with DWA and COGTA, to develop institutional capacity and implement policies and legislation around water and sanitation provision. In addition Mvula has strengthened its role as an implementer of people-centred water and sanitation projects on behalf of municipalities, allowing local governments to benefit from Mvula’s extensive experience in community-based development.

As Mvula moves into the future, its unique combination of community based project management and project implementation, as well as its policy, practice and implementation continues to provide a valuable platform for ensuring that people, especially rural communities, remain at the centre of the water and sanitation agenda. 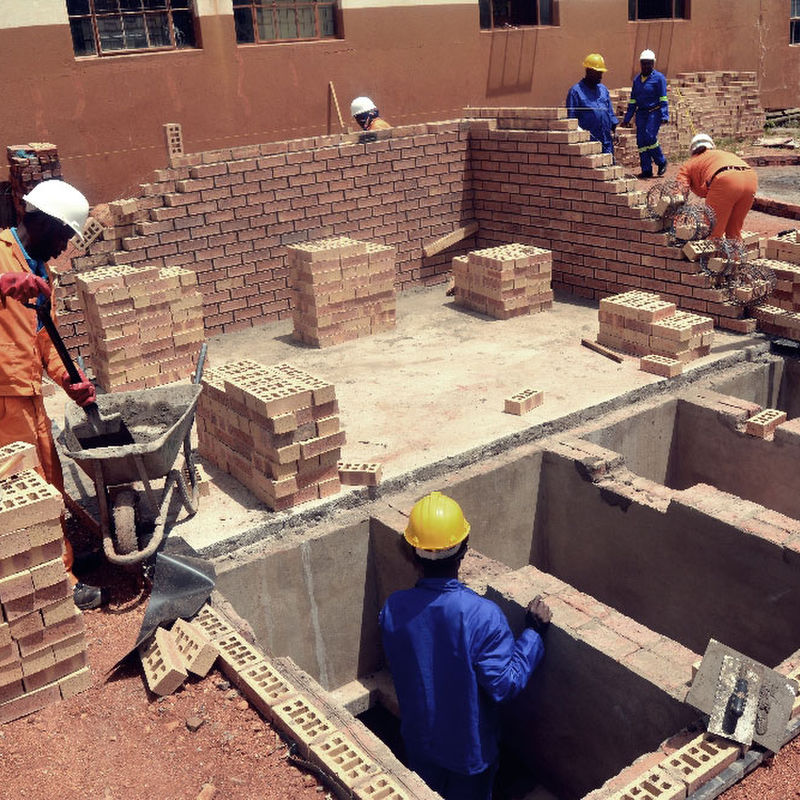 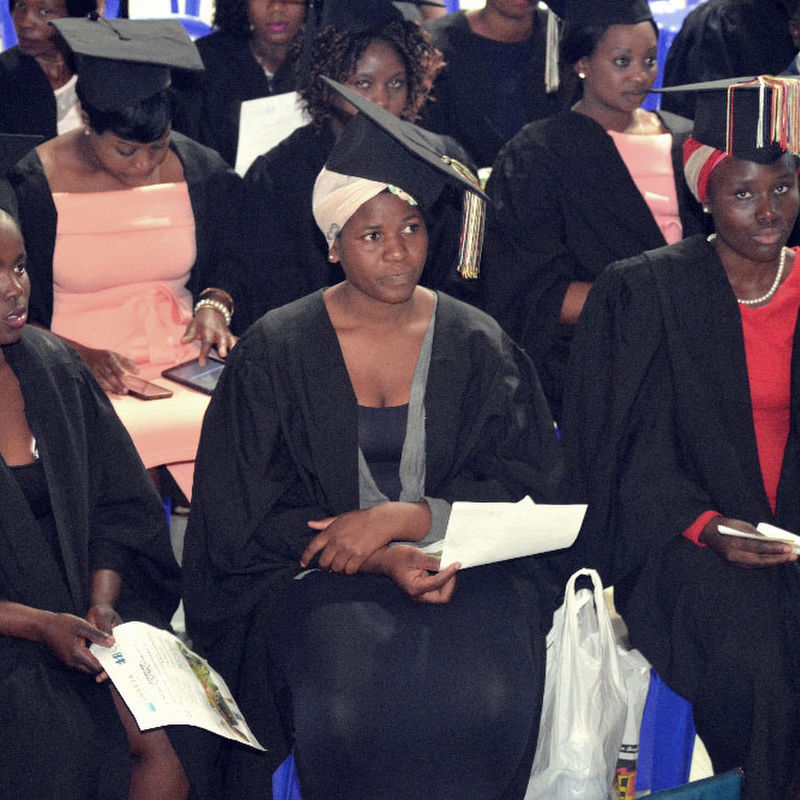 The community-based approach of the Mvula Trust enables this public benefit organisation to partner with government and combine local community knowledge and expertise with the project management capacity of the Mvula Trust, to ensure sustainable, people-centred development.

Our community-based project management principles include:

Our board of
Trustees and Exco

Chairperson of the Board of Trustees

Mr. Asivhanga Tshibubudze is an interventionist with extensive experience in business development, marketing and sales. As a seasoned strategist, Tshibubudze has consulted with PriceWaterhouseCoopers on the auditing side; has functioned as an executive head for a fleet management and leasing company and he has completed marketing jobs at several blue-chip companies in South Africa. Tshibubudze has academic qualifications from the University of the North (Limpopo).

As an architect, Ms. Alufheli Dowelani has expert knowledge in land information systems, reading engineering drawings, aerial maps and building plans as well as the interpretation of plumbing and electrical layout plans. Dowelani is a seasoned project manager and was previously employed with the Department of Rural Development and Land Reform as well as the Department of Education. Her membership to professional bodies includes being registered with the South African Council for the Architectural Profession and the South African Council for the Project and Construction Management Professionals (SACPCMP). Dowelani has academic qualifications from the University of Pretoria and Technicon Northern Transvaal.

Mr. Silas Mbedzi has extensive management experience in the public and private sectors, commanding unparalleled authority in the water sector. Mbedzi previously held positions as CEO at the Mhlathuze Water Board and as the Chief Director: Institutional Oversight at the Department of Water Affairs. Mbedzi also worked as an associate director at Pricewaterhouse Coopers, where he was responsible for the local government market. He occupied deputy director-general positions in the Gauteng (Department of Development Planning and Local Government) and Limpopo (Department of Land, Housing and Local Government) Provincial Governments. Mbedzi has also worked at the Work Bank, the Development Bank of Southern Africa, the Johannesburg City Council and at the University of Cape Town. Mbedzi has academic qualifications from the Harvard Business School, Wits University and post-graduate degrees from the University of Cape Town and the University of the North.

Ms. Julia Mmushi has unmatched experience in project management, contract management and business process integration. As a seasoned civil engineer, Mmushi previously worked at Bigen Africa Consultants as a civil engineer and was the engineering projects coordinator for BP South Africa. Mmushi has worked for the Mvula Trust for the past 13 years and holds academic qualifications from the Cape Peninsula Technicon, UNISA and the Project Management Institute.

Mr. Rufus Peacock is based at Head Office of the Mvula Trust. He is an experienced­­­­­­­­­ engineer specialising in project management, civil engineering, engineering design and more. Peacock previously worked on critical programmes such as the Masibambane Water Supply Project as well as the Integrated Sustainable Rural Development Strategy for the Kgalagadi Cross Boundary District Municipality. Prior to joining the Mvula Trust, Peacock was a Chief Operations Officer at Phumelela Africa Professional Engineers. He is a member of the South African Council for the Project and Construction Management Professions (SACPCMP), the National Home Builders Registration Council (NHBRC) and the Engineering Council of South Africa (ECSA). Peacock has academic qualifications from the Cape Peninsula Technicon and the University of Pretoria.

We focus on the following

The heart of Mvula’s strategic objectives

Value and protection of water for the good of all

Assisting municipalities to be developmental by focusing on their mandates

Sign up and find out more about our projects such as delivering sustainable water and sanitation projects in schools and rural communities across South Africa.